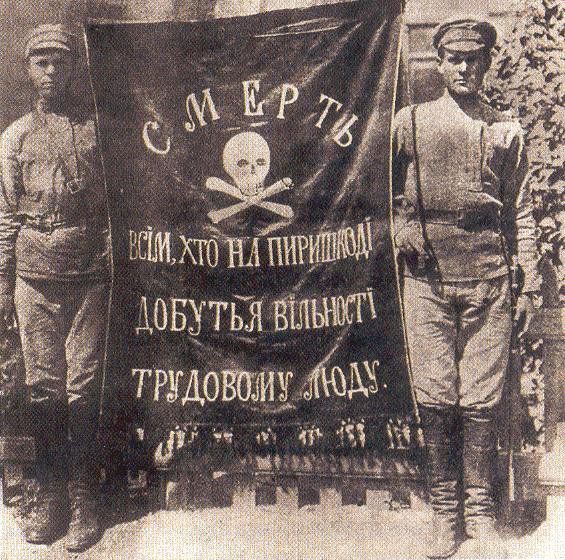 The existence of the ‘state’ as described both by Engels and Lenin is an entity which comes into being upon the existence of irreconcilable contradictions between classes; class conflict. The role of the (bourgeois) state is to impose a level of pressure upon society as to prevent the conflict of classes from spilling over into one class’s revolution against another, however, with the existence of that pressure, conflict becomes inevitable. The role of all existing states is essentially the pressurized containment of contradictions among classes. As Engels wrote and Lenin would later make emphasis on:

“The state is, therefore, by no means a power forced on society from without; just as little is it ‘the reality of the ethical idea’, ‘the image and reality of reason’, as Hegel maintains. Rather, it is a product of society at a certain stage of development; it is the admission that this society has become entangled in an insoluble contradiction with itself, that it has split into irreconcilable antagonisms which it is powerless to dispel. But in order that these antagonisms, these classes with conflicting economic interests, might not consume themselves and society in fruitless struggle, it became necessary to have a power, seemingly standing above society, that would alleviate the conflict and keep it within the bounds of ‘order’; and this power, arisen out of society but placing itself above it, and alienating itself more and more from it, is the state.”

This basic premise is one of the core structural underpinnings of Marxist theory, in fact without such analysis the contemporary understanding of both Communism and Anarchism would not exist. Practically all doctrines of Socialism have determined the state as a force of alienating social pacification (however its utility as such is still contested).

Taking this as true we can further conclude that the scale of (and existence of) the state is directly proportional to the scale of class conflict. The pacification of class conflict on the hands of the state, however, creates an entirely new contradiction, that being a more visceral struggle for freedom waged by all alienated individuals against an aggressive state power. Thus we see first class conflict, responded to through the extension of the state, neutralizing the conflict of class however redirecting that into a general conflict between the state as an institution and the general public. As a basic level this conflict exists because contradiction cannot be created nor destroyed, by suppressing the struggles of a single social contradiction merely emboldens all other conflicts. The state serves here to habitually redirect overdue conflicts from one part of society to another, as a result of this the greater the class conflict in society the greater violent conflict between the state and its subjects; Fascism here being the highest stage of this reaction, redirecting the conflicts of class into a new struggle of suicidal self-imperialism.

The existence/amplitude of class conflict is directly proportional to the existence of state apparatus. The existence of state apparatus is then proportionally equal to a contradictory power imbalance between the state and its people. Here both Communists (who seek to rectify the contradiction of class) and Anarchists (who seek to rectify the contradiction of state) are not at all as different as the more dogmatic ideologists of the present day may propose, they are in fact speaking of two variables which are directly proportional to each other. The struggle of the Leninist/Communist against class contradiction is necessarily mirrored in the struggle of the Anarchist against the state, and vice versa. The state is the hinge from which both class and state antagonisms reflect along the median.

It is important to note in this analysis that as contradictions of classes decrease, the contradiction between the state and people equally decreases. If no such contradiction of class existed (say upon the successful revolution of the proletariat against the Capitalist) the disparity of power between the people and the state would be effectively nonexistent. The existence of statelessness is thus necessarily linked with the resolution of class antagonisms, the rebellion against the state (a general urge toward liberation) and the rebellion against Capitalism (the liberation of the working class) are equally interdependent, in order to find success one must always follow the other. This fact is (at least superficially) general knowledge among the Socialist community.

We all know the basic theories of Marx, class struggle, surplus values, historical dialectics and so on. However, Marx’s early work contended with an entirely different criteria. In his time as a member of the Young Hegelians he would advance Hegelian ideals into a reconstructed early Marxist ideology. This being a conception of historical dialectic between the individual and the state, God or simply the ‘big other’. He believed that dialectical progress could only be achieved when the broad mass of alienated individuals collectively evolved into the source of their own alienation, the people becoming the Gods which they themselves constructed. Within this model there is the insinuation that powers of human dominance are simply extensions of idolizing a platonic ideal of power, and that the subjects of a system must evolve to become the system itself.

While Marx may have sidelined this epistemological rubric for his later emphasis on class, we should not discredit this earlier model of analysis. Perhaps the violent struggle between the people and their state cannot simply be solved via the peoples permanent toppling of the state, but rather through a synthesis of the state and people into a new collective body. The contradiction of the state against people is not solved by a late Marxist conflict of classes, but by an early Marxist synthesis of self and other. The ‘being’ of the state and the ‘non-being’ of a revolutionary mass should be synthesized into the ‘becoming’ of this postrevolutionary entity.

This ideal postrevolutionary “state” of being has had multiple names attributed to it, in early Marxist days such was loosely described in the term “Free Peoples State”, however much to the dismay of Lenin who would rather float the alternative Marxist term “Dictatorship of the Proletariat”. Furthermore (though even more unspecified) general Anarchist theory describes such as a “state of Anarchy” or simply a premise of such severe non-institutionality it lacks definition altogether. Though the name itself is somewhat controversial, the essential concept it is the same throughout all revolutionary theory, the violent contradictions of society (state and capital) are done away with and humanity is capable of socially existing in a manner unconstrained by its own reactionary insecurities.

Looking to this well defined ideal it is opportune (in an aura of Maoist self-criticism) to analyze why both Anarchist and Communist forces have both historically failed to fully achieve their shared goal. Unfortunately, while correct in its analysis of the state itself the Leninists (the figureheads of Communism in the past century) failed to reconcile the state in postrevolutionary society, this eventually leading to the Stalinist tragedy we know all too well. While diligently assaulting the disparities of class antagonism twentieth century Communism did very little to resolve the tension between the state and the individual, and with this tension still existent class antagonism could never fully be resolved; the neo-oligarchy of Soviet nomenklatura as testament to this. In an inverse manner the Anarchists have shown themselves capable of diligently abolishing the state within the confines of their own revolutions, however, because there ‘abolition’ was one of annihilation and not synthesis they merely undid the development of the state for a short period, awaiting another more developed state power to lay waist to their victories.

In short the issues of Leninism rest in an over-fixation on class conflict over all other social antagonisms, and the issues of Anarchism rest in an over simplistic understanding of abolition; lacking the Leninist comfort with proximity to state power which allotted them their historical success. The problem is not that either is essentially “wrong” merely that each developed a single minded dogma which merely lopsided the agitation of capitalist society to its own disastrous end. Thus the reconciliation of Anarchism and Leninism is not the victory of one over the other (as many anachronistic dogmatists may assume) but rather a simultaneity of each. The abolition of capital and the abolition of state not as prerequisites, but rather as situational contextualization of the same antagonism, and thus packed and unpacked expressions of the same struggle; “packed and unpacked” here referring to unpacking logarithms, a process by which the same number can be translated into another format in which (while equaling the same theoretical value) it relates to the same numbers differently (while A = B, A + C does not equal B + C, and so on).

If we are to take these models to be accurate, what should one take from this in the process of revolutionary politics? If their can be a simple message from this polemic it is that: Leninism and Anarchism are not mutually exclusive ideologies, but rather responses to the same basic contradiction from alternative angles, thus, they should not be applied as alternative solutions to the problem of Capitalism, but rather the same struggle speciated to specific revolutionary conflicts, furthermore, their failure results explicitly from the confusion of alternative criteria with mutually exclusive revolutionary practice.